In the ring with George St. Pierre 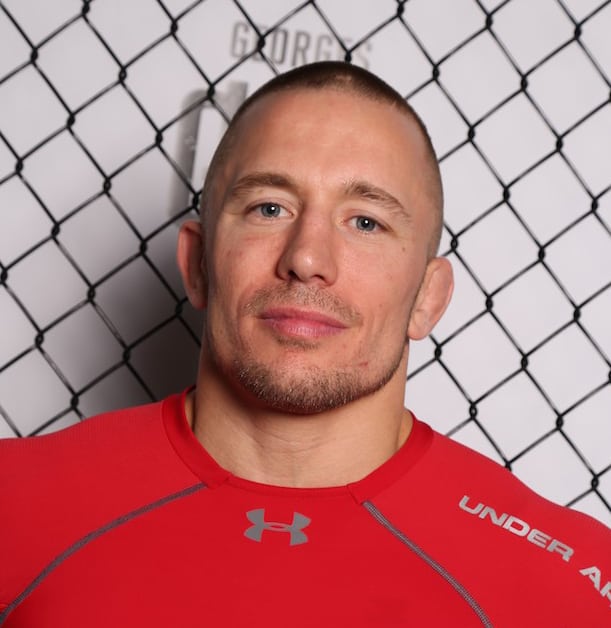 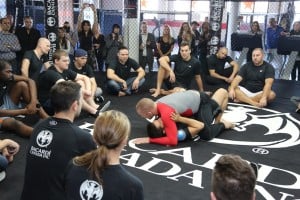 It’s not every morning I wake up at 5:30 and wind up in a ring with George St. Pierre, former Welterweight Champion of the Ultimate Fighting Championship. And I’ll be honest, I’m glad I was taking the shots and not getting them. The event, sponsored by Bacardi and held at the Tristar Gym in Montreal was billed as the Champ vs the Chump and featured a team of winners who, after one shot too many perhaps, submitted their names to a contest to be invited in to Montreal for a training session with the champ.

GSP was pure charm and charisma, taking time to make sure everyone in the ring with him learned and practiced the few moves he taught. As he said, quoting Bruce Lee, “The man who knows one move but has practiced it 1000 times is far more dangerous than the man who knows a 1000 move but only practiced each once.” 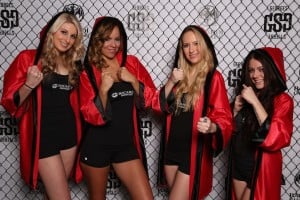 That made me feel great because working an event like this one, I must’ve snapped 1000 shots, making me the ninja of photography.