What good are you doing? 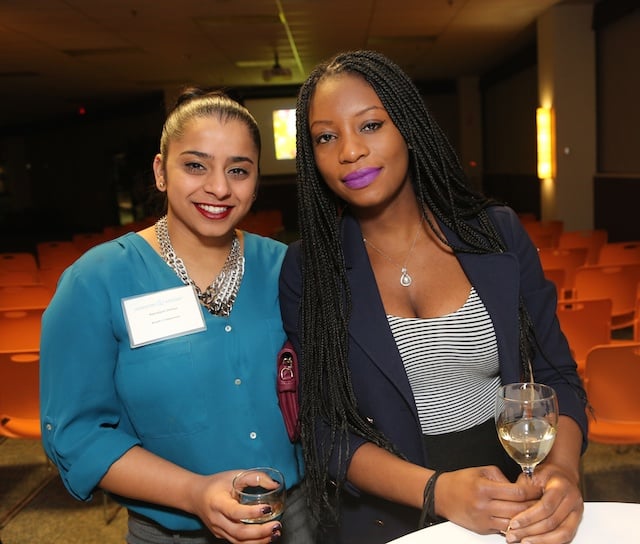 It’s a tough question for any day, let alone a Friday, but I think it is one worth asking yourself regularly.

Many working people struggle to find meaning and relevancy in their lives. Not every company provides a wholesome, satisfying place to spend the majority of your waking hours, and while it may provide sufficient money to compensate you for your time and effort, most people want more from their lives than just to survive it.

I am in the happy and fortunate position of being in attendance at many different kinds of events, working for many, varied companies and organizations. Some of my favourite work is for charitable organizations because the people involved in charities are passionate people. They are committed to something bigger and better than themselves. They are motivated every day to do more. To try a little harder. To raise more money next year than they did in this one. Many have a personal inspiration – someone they love, a child, a wife, a brother – who has suffered through cancer or some kind of health related trauma, through struggles that they alone cannot help with. Some find it in themselves to reach beyond themselves, reaching for help at first, and support, and then becoming part of something that gives help and support back to others.

Last night I was covering a cocktail celebrating the more than 250 event organizers and fundraising groups that raise money every year to support the Montreal Children’s Hospital Foundation. In 2014 they raise $7.5 million dollars which went directly into the purchase of equipment to help the children who need it the most. (You can view the pictures on my website JulianHaberPhotography)

Everyone in the room has a day job, bills to pay and to-do lists to strike through that have nothing to do with their cause. But everyone in that room carried inside of themselves something that gave the event an energy that was palpable.

The head of the Ophthalmology Division, Dr. Robert Koenekoop, highlighted just one of the many projects the funds raised for the MCHF contribute towards. In his research into the causes of childhood blindness he shared results from his work that led directly to restoring the sight of children suffering certain degenerative diseases of the retina – all thanks to the money his research team was given through donations. 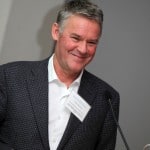 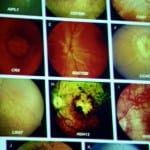 The highlight of the evening for me was a presentation given by Robert Sears and Carl Mainguy about their organization, Kurling for Kids. 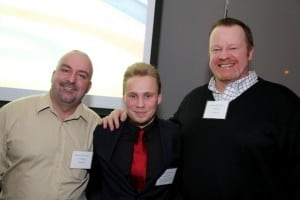 As is often the case, at the heart of this organization is the story of two babies, Robert Sears and Sylvie Sanschagrin’s daughter Jessica who was diagnosed with Arteriovenous Malformation (AVM) at the age of 2, and Carl Mainguy and Josée Beliveau’s son, Jéremie who contracted meningitis when he was 1 week old. Their initial modest goal of raising $500 in its first year was quickly surpassed when the tally from the end of the night of curling was close to $7,000. The next year, the goal was doubled and surpassed. Last year the organization raised over $350,000 and Jessica, now 20 is healthy and doing well while Jéremie is out of immediate danger and is on the path to recovery. Every year the charity identifies a clear and specific need that the Montreal Children’s Hospital has and then raises the money to help them meet it. The organization has inspired several supporting chapters around Montreal, and expanded its activities from curling to including participation in the annual St Patrick’s Day parade, poker tournaments and other fun events that raise awareness and money for their goals. Some of their takeaway messages for fundraising effectiveness: 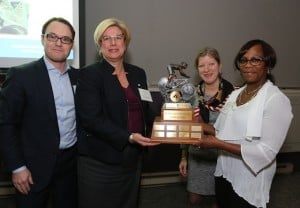 Another organization, Pedal for Kids, was celebrated at the event, for their contribution of $450,000 raised in 2014, bringing the total raised by people pedalling for kids to over $10M.

Yehonatan Naidich, spokesperson for Pedal for Kids, is a cancer survivor whose namesake Pedal for Kids team has raised over $56,000 to date. He gave a moving speech bringing home the message that these fundraising activities and contributions have a real, lasting and direct impact on the lives of children. 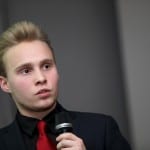 The best places to work understand that people want to believe that what they are doing is making a positive difference in the lives of others. Humans are social creatures, and have been long before the word took on its current online connotation. We are, quite literally, meant to be together. Wanting to belong to a team/tribe/group does not mean we want to be one of the herd. We are all individuals with our own personal dreams, aspirations and goals in life. But a common thread in happy and successful human lives – the kind of life all of us desire for ourselves and loved ones – is giving to others. Doing something good for others improves the quality of your life and the people you are helping. It is truly a win-win relationship.

What can your brand do to help?

Check out the Montreal Children’s Hospital Foundation on Facebook here.