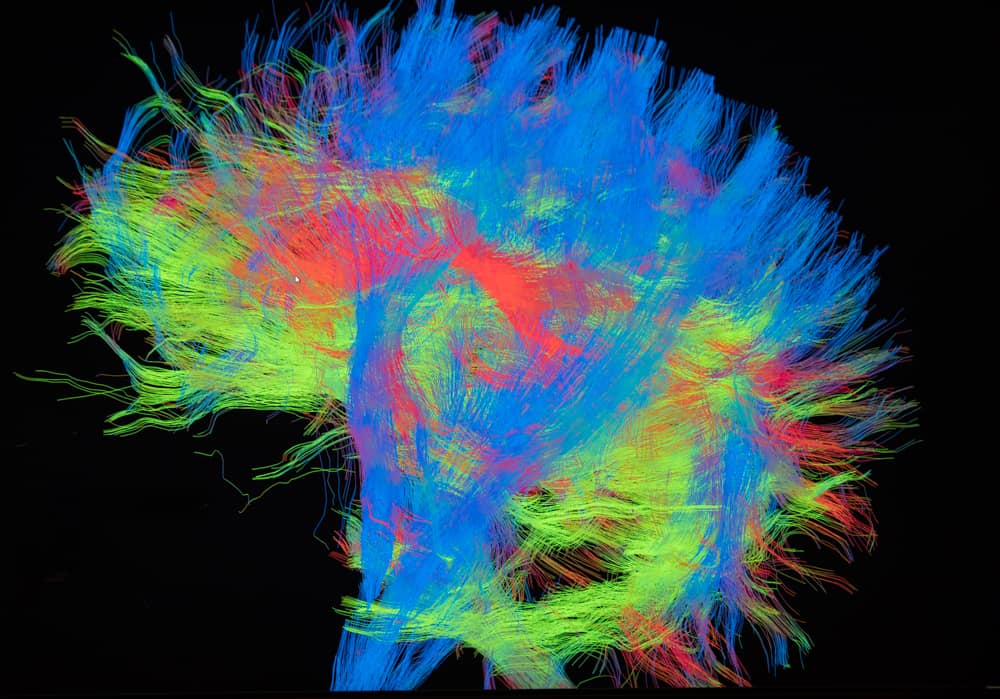 It’s all inside your head

In photography, there are two kinds of distortion that impact an image: optical and perception.

Optical distortion, also known as lens distortion, is caused by the design of the lens itself and its effect is to make straight lines in reality appear bent or curvy. You may notice it happening yourself when you take a photo with a wide angle lens of a group and notice that the figures on the edges of the group (and inside the photo) appear to bend inwards or look wider and larger than they actually are – which is one of the reasons I always advise people who really want to look their best to take the centre position in a group photo if they can).

Perspective distortion, technically, is a function of where the subject of a photo being taken is in relation to the positioning of the lens. People or objects positioned closer to the lens will appear larger, wider and if you are very close, the physical features of their face will look stretched and larger than life. The same thing happens with your own eyes (things closer look larger, things further away look smaller – hence the “super power ability for the infamous Head Crusher in the classic television comedy series Kids in the Hall from the early nineties).

Both are explained in longer format here.

There is, however, another kind of perspective distortion, as it relates to how people, usually women, perceive themselves in photos. As a photographer of people, men and women, I have seen the effects of a distorted perception of reality time and time again. There are many contributing factors, both intrinsic to individuals (low self-esteem, poor body image) and extrinsic from a media saturated world drenched with images of “perfect’ looking people that glorifies body types on women like Kim Kardashian as some how representative of all women.

As a photographer, particularly an event and portrait photographer, my job is to take photos of people looking their best. But at the same time, I believe I am also responsible for showing people as they are and because I look for moments when they are smiling and interacting with people that genuinely interest them, I always find angles and views of people that I believe they look great in. It’s actually one of the things I am most known for as an event photographer, and yet, there are still times when I, and I am sure all working photographers today, encounter clients who just can’t get over how they look in photos.

These kinds of people have unrealistic expectations but more significantly, they have a distorted view of themselves. They focus on details that no one else would ever notice and these loom large in their eyes, while ignoring other positive features or facets of how they are actually perceived. Rather than see themselves as most people do, they hold themselves up to a truly black mirror that distorts their self-image, and no doubt brings psychological pain and discomfort. This can of course then lead them to behave in ways that creates friction or conflict with others when the source has to do with their own distorted view of themselves.

As a people photographer, I sometimes find myself playing the role of therapist, taking my clients through a narrated tour of their photos and trying to help them see themselves as I see them, and surely most other people do as well.

I am not always successful, but I think that it does help to be told that the single out of place strand of hair you are fixating on is invisible to people you are interacting with who are almost always concentrating on what you are saying or what you are about, rather than the way your face looks.

Just like in high school, that pimple on the edge of your cheek is much larger to you than it is to everyone else around you. It may still feel uncomfortable and unpleasant even if you really are obsessed with how you look or really dislike something about yourself (and I know because I had terrible acne as a teenager) but the truth is there is no better version of yourself than the one that recognizes its flaws, works on what can be controlled, and accepts what cannot.

Beauty comes in all shapes and sizes. If you suffer from a  perception distortion habit when you see yourself in photos, try to recognize that while your perception may be distorted, you aren’t.  You can change how you see yourself.

Understand that no one pays as much attention to your perceived flaws as you do, and many people (not all, but they have other problems to deal with) are actually trying to see who you are when they meet and interact with you – not what you look like.

When we truly connect with someone it isn’t because of how we look – it’s because of how we make the other person feel. People like–or dislike–other people mainly because of the way they feel when they interact with them. If you are focussed on yourself and adopting stances and postures, both physically and psychologically designed to defend or protect yourself where you feel vulnerable, exposed or uncomfortable you are most likely going to invoke those same feelings in others. If you want to be seen for who you are, accepted, respected, loved even – your first responsibility is to change the way you perceive yourself so that you feel that way about yourself first. Change yourself and you change your world.