Why lighting matters for your event 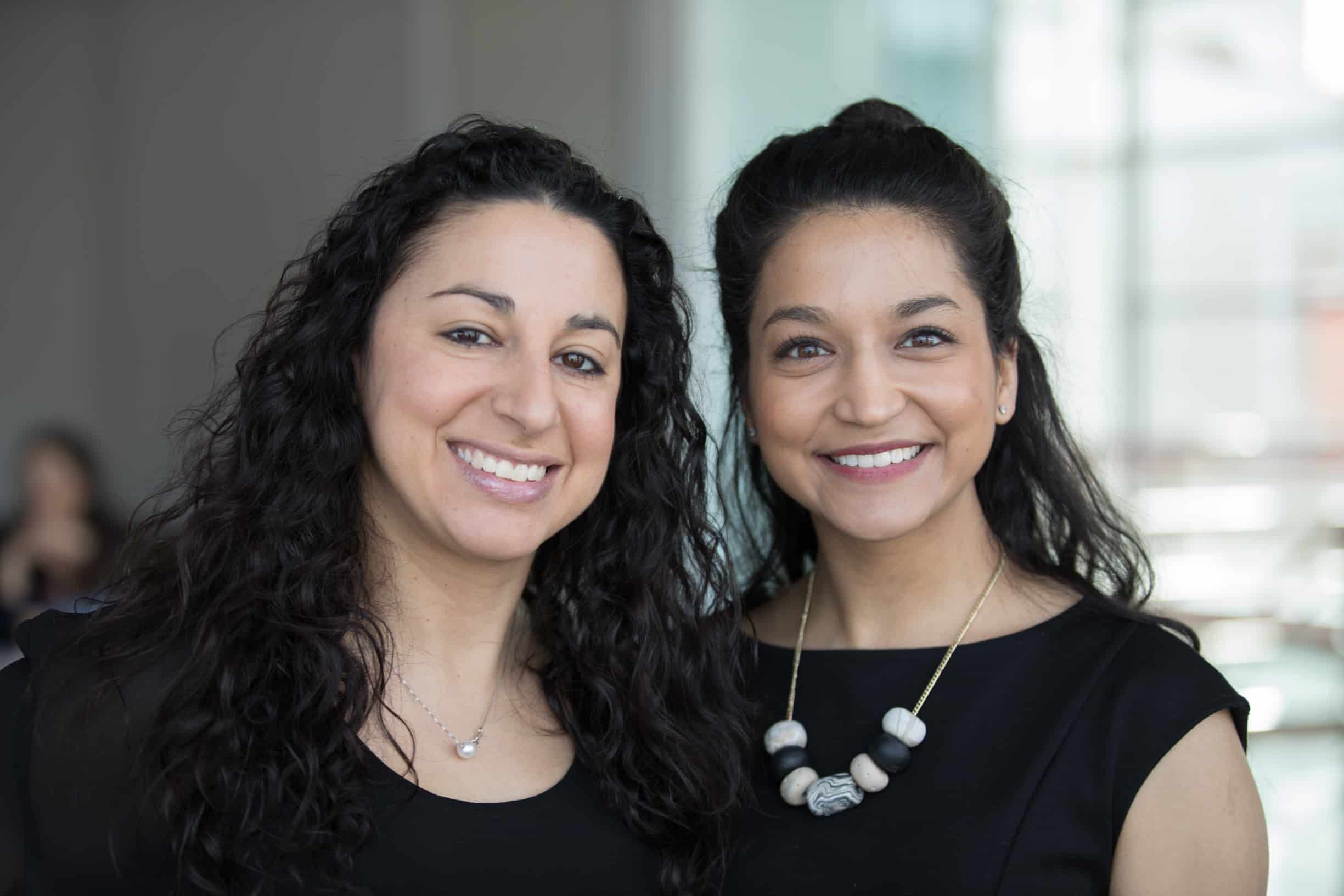 Most event planners do not put lighting very high on their priority list, if at all, but it can make a difference in how the photos and videos from their event will look. While not every event can afford a lighting designer, just considering simple things like whether the room you’ve selected has natural light or not will make a difference in the kind of imagery your event will yield.

I’ve shot in every kind of lighting situation imaginable, from an outdoor laser show on the face of a rock mountain, to the garishly lit halls of trade show exhibition rooms everywhere. In between I’ve covered galas mounted by professional event companies, candle-lit cocktail parties, product launches entirely cast in a branded green light, outdoor events at high noon, and sunset weddings by the shore.  While a good flash can help in many situations, I love taking images using the available light to capture the mood and ambience of a setting. (This is one of the reasons photographers are always gushing about how well their lens shoots in low light).

Take a look at these two examples. The first image is shot using only the available light, which in this case happens to include both a lighting effect against the back wall, as well as little pin lights coiled up inside glass vases set as centrepieces on the tables. 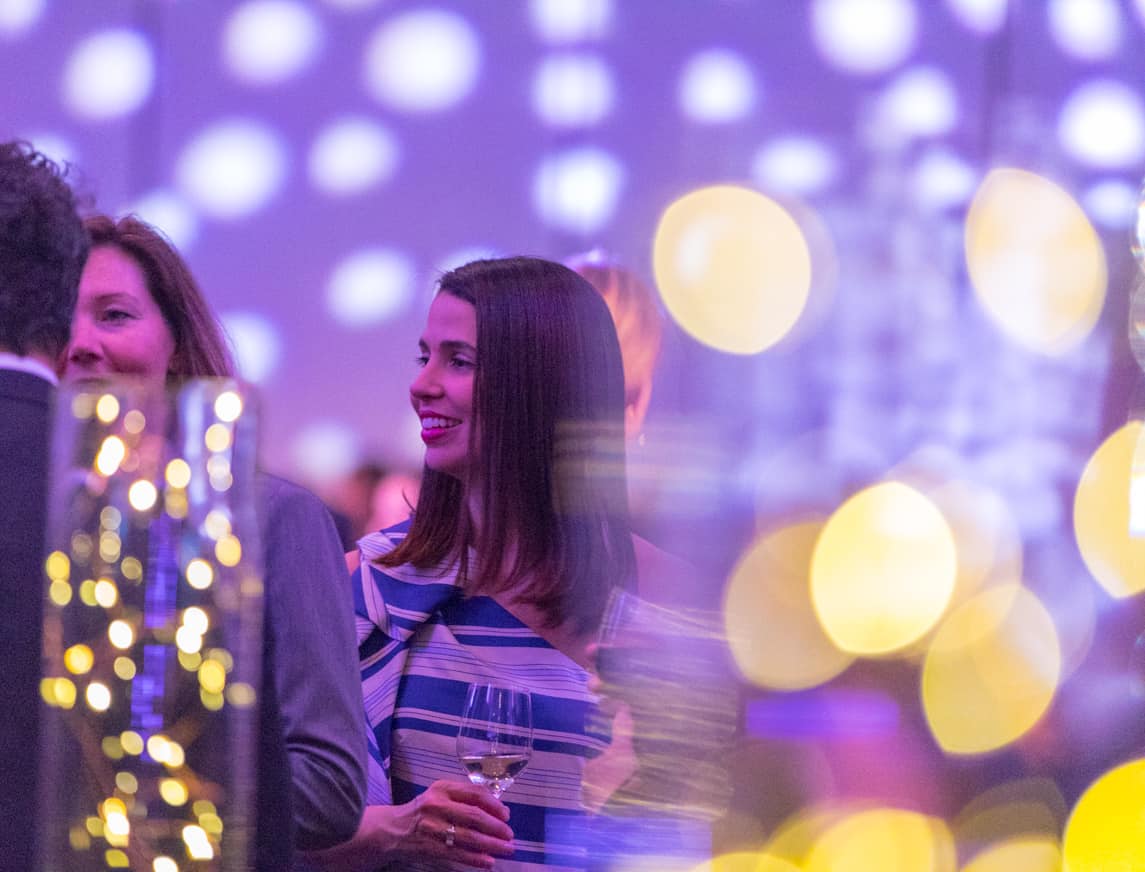 And this image, shot only seconds later, uses an on camera flash: 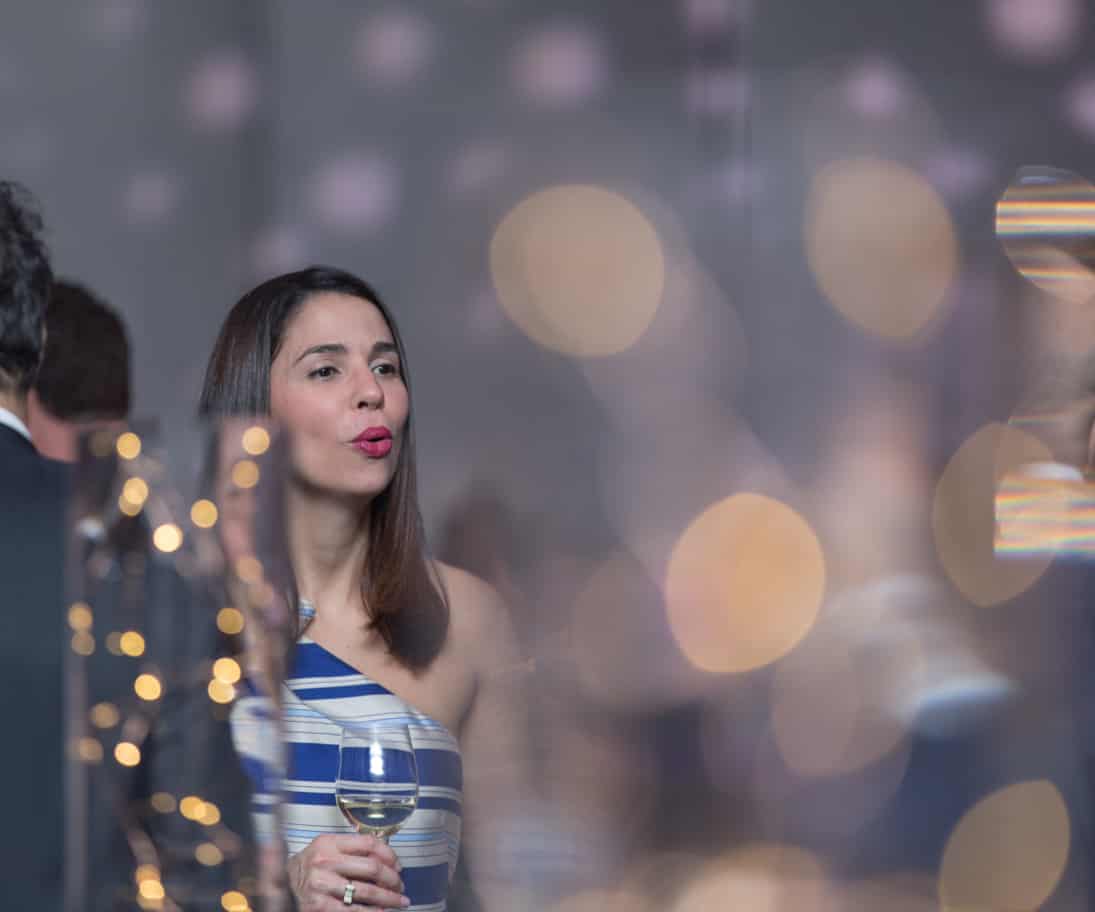 While both incorporate the table lights, I much prefer the first to the latter, not only for its slightly more abstracted quality, but because it more accurately reflects the style and feeling of the event I was covering.

There is no fixed rule for how to light a venue as it all depends on what the event planner’s goals are, but one thing almost all photographers hate seeing is too much red light. While it may create a nice effect when used sparingly, bathing an entire gathering area in red light makes it almost impossible to make anyone look human. If you’re event is particularly red don’t be surprised to be given a higher than normal number of black and white versions of the photos, as these can at least be created easily with red lit subjects. 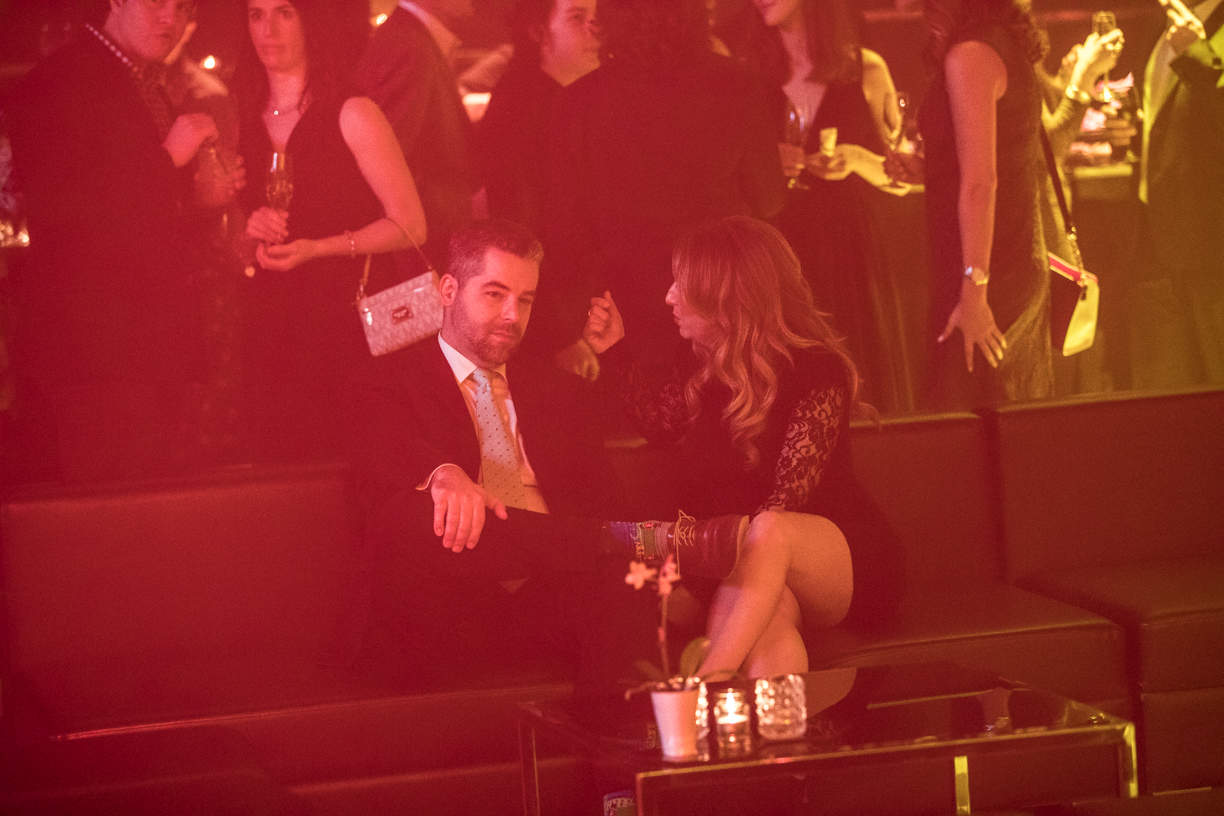 In general, a mix of different coloured lights can create the most interesting effects. With just the addition of yellow to the red, the same room as above gets an entirely new look. 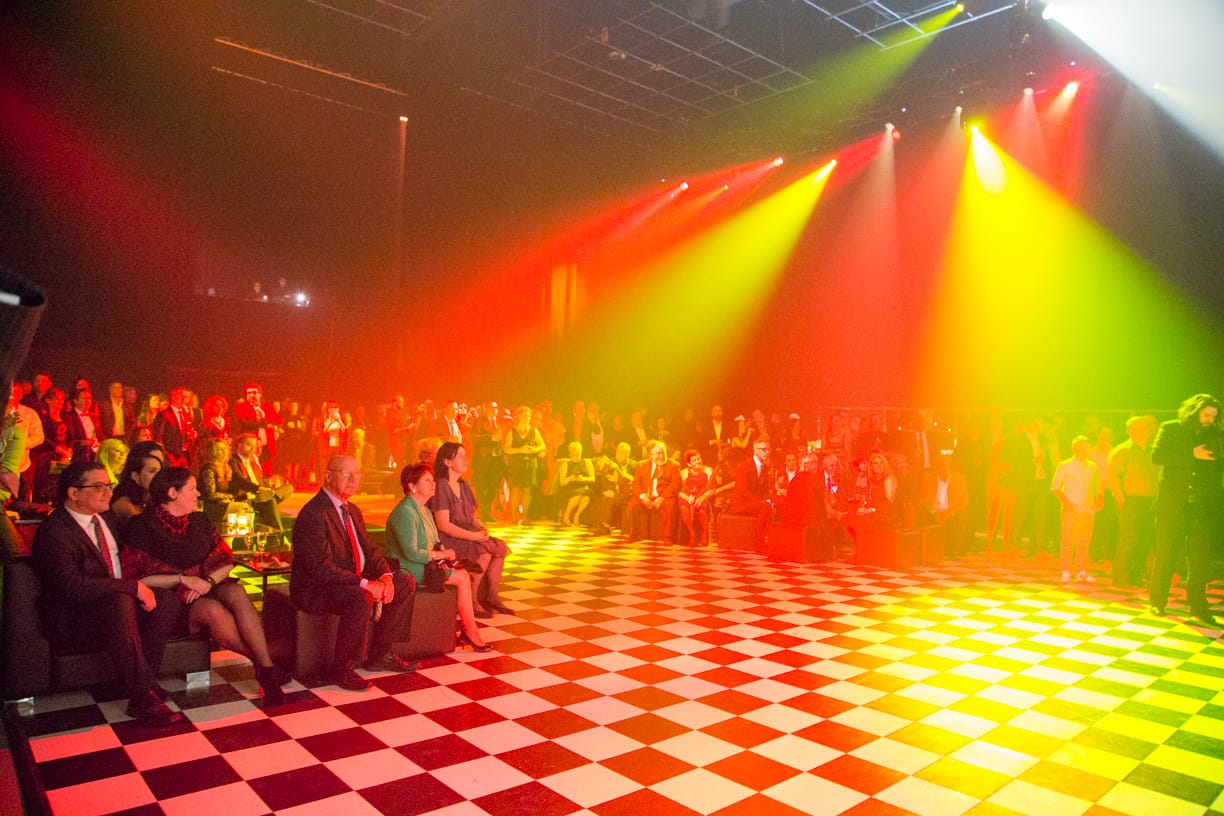 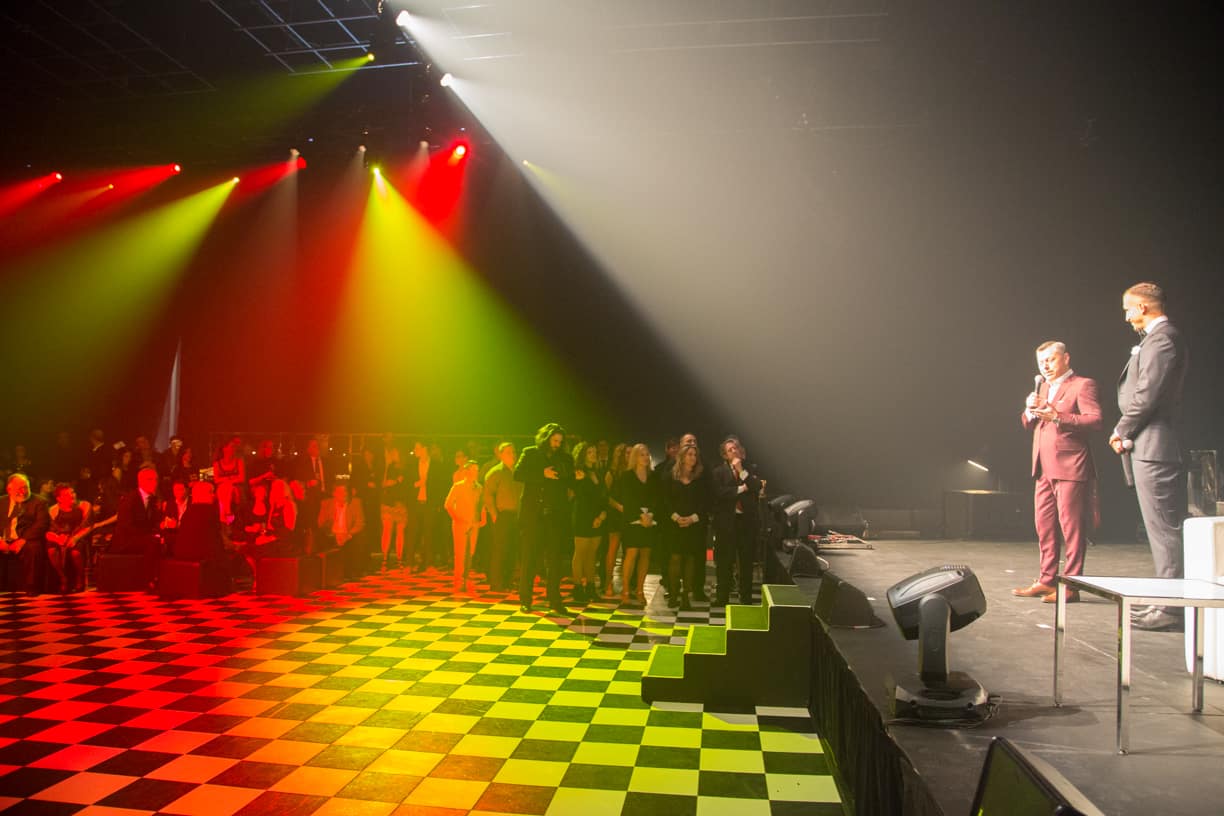 If your space is very large (as is the case for most big gala events), and features large onsite screens, consider using a white background and lighter images on these screens whenever possible as the light cast from the screens themselves can act as artificial windows and provide for some nice images. 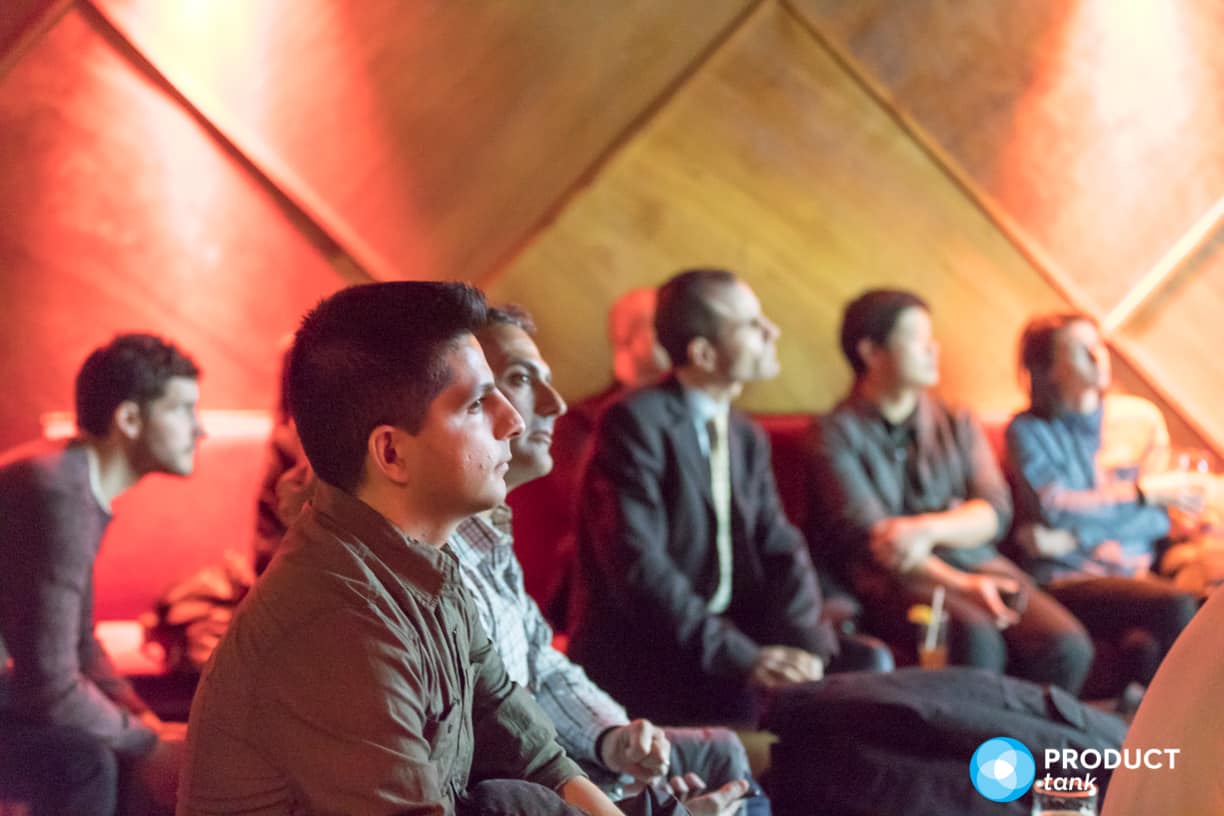 As en event planner do you need to worry about lighting? No, you can leave it up to your photographer/videographer to sort out on arrival. If you’ve hired well, you’ll probably never even notice what measures were taken to make your guests show up looking great in the images and videos produced afterwards. But if you want greater control over the complete look and feel of the event, think about the lighting plan in some detail.

Also remember if your event takes place at the end of the day, and is exposed to windows, pay attention to how the setting sun may change the look inside the room. I recently covered a town hall event in a large event space with long westward facing windows that took in a lot of natural light. During the dry run, the event space looked great, bathed in creamy natural light but unfortunately, when the event actually took place, the setting sun’s rays first hit the screens facing the windows rendering them virtually unreadable, then slid down and cast huge unsightly shadows on the stage and across much of the room. 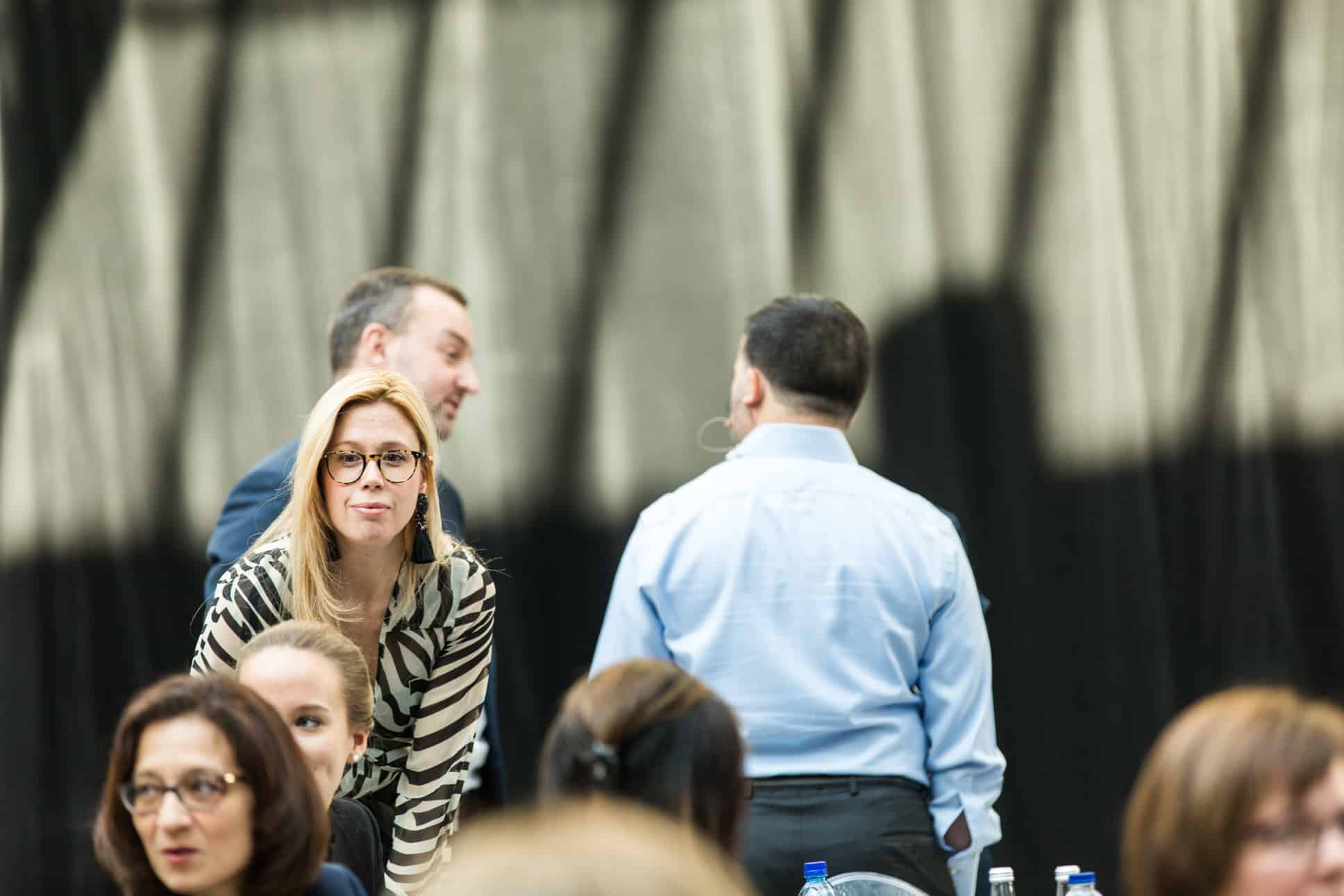 Those shadows just kept on growing

A little advance planning for a lighting change might have helped matters there.

While photographers and videographers can bore you to death talking about lighting, the important thing to remember is that lighting is mood. Whatever the objective of your event, how it is lit (colours, intensity, natural, artificial) and whether there is enough of it at all will set the emotional tone for how your event is experienced, felt and remembered. If eliciting any kind of emotional response from your event is part of the plan, then remember to think about the lighting you’ll be using.