Conference planners – please spare us from death by panel discussion 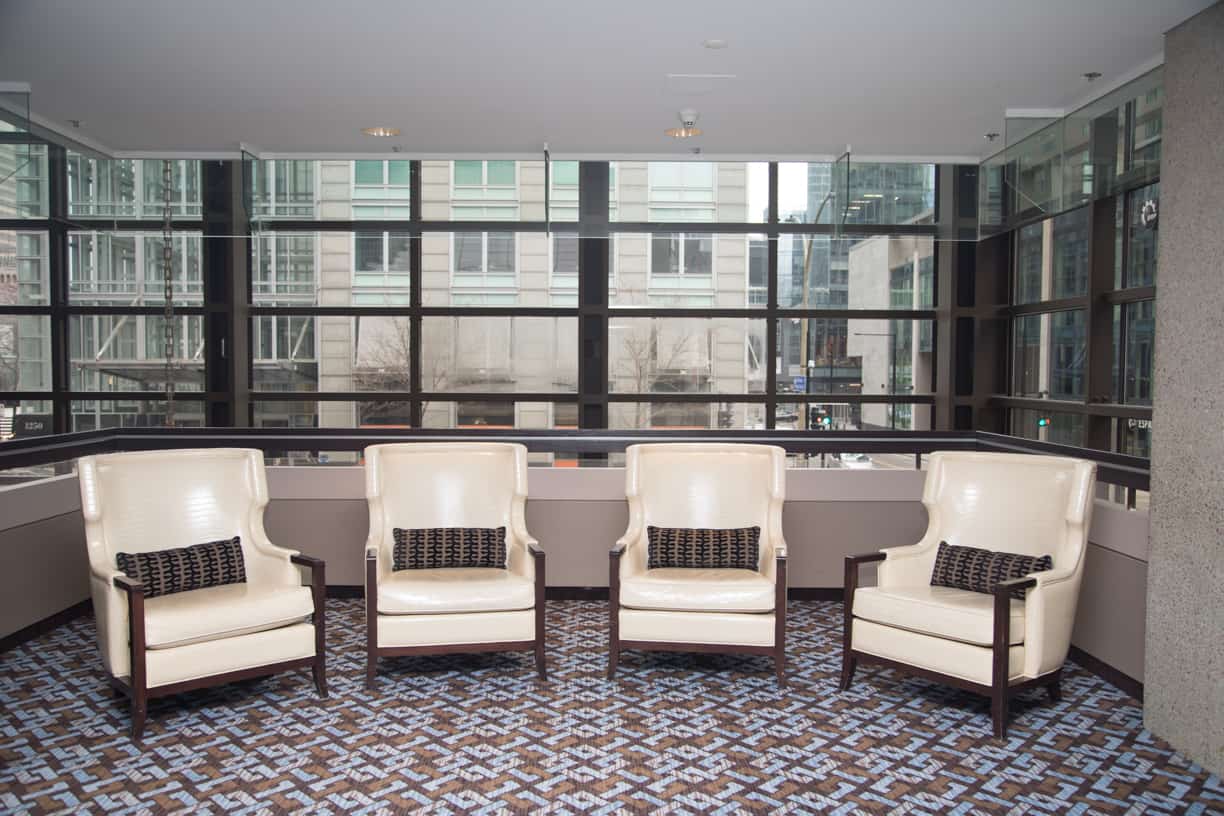 Here it comes. You down the last cold bit of coffee left in your cup, wipe the crumbs from the slightly stale danish off your tiny little foldable keyboard and look up to the big screen to see what room you’re headed off to for the first breakout session. You have your choice of a, b or c. Each one of them promises another form of minor torture under the guise of getting more content crammed into your head. It’s the panel discussion part of the agenda and while conference organizers around the world have planned and thought this conversation through carefully, perhaps it’s time to try something else.

I get why panel discussions happen and why they are a great idea in theory. As an organizer you get to include a lot more speaker names on the roster and can cover a much wider range of material, which theoretically adds value to attendees and provides your conference material with some depth in specific focus areas.

Why wouldn’t you want more content from more speakers who are experts in their field and ready to have a big, deep, fact-filled conversation in front of you with other experts just like them. How could you not walk away from a session like that feeling energized and more informed than when you walked in?

Time to catch up on some email

The problem begins with the format. Everyone sitting up there at what is effectively the head table, is almost always an invited guest. They are usually sitting with their peers and colleagues, or people whom they’d like to network with. Despite having their own insights and individual voices, they will invariably all agree with one another because no one wants to make anyone else look like they said something they shouldn’t have said, or worse, said something that could be seen as disagreeable.

So everyone on the panel will share the same point of view, adding their own personal nuance to it so that by the time the audience has heard from each one they will effectively have heard the same thing told in three or four or five different ways.

The dynamic is one directional as well. Attendees, who may be brimming with ideas they want to share, are basically back at school. And since they can’t really participate usually until the very end, they do what a lot of bored students do these days – and look down at their phones, scribble in their notebooks or work on their laptops while the panel talks to itself up front. And that’s when the room is moderately full providing some modicum of camouflage for the attendees. 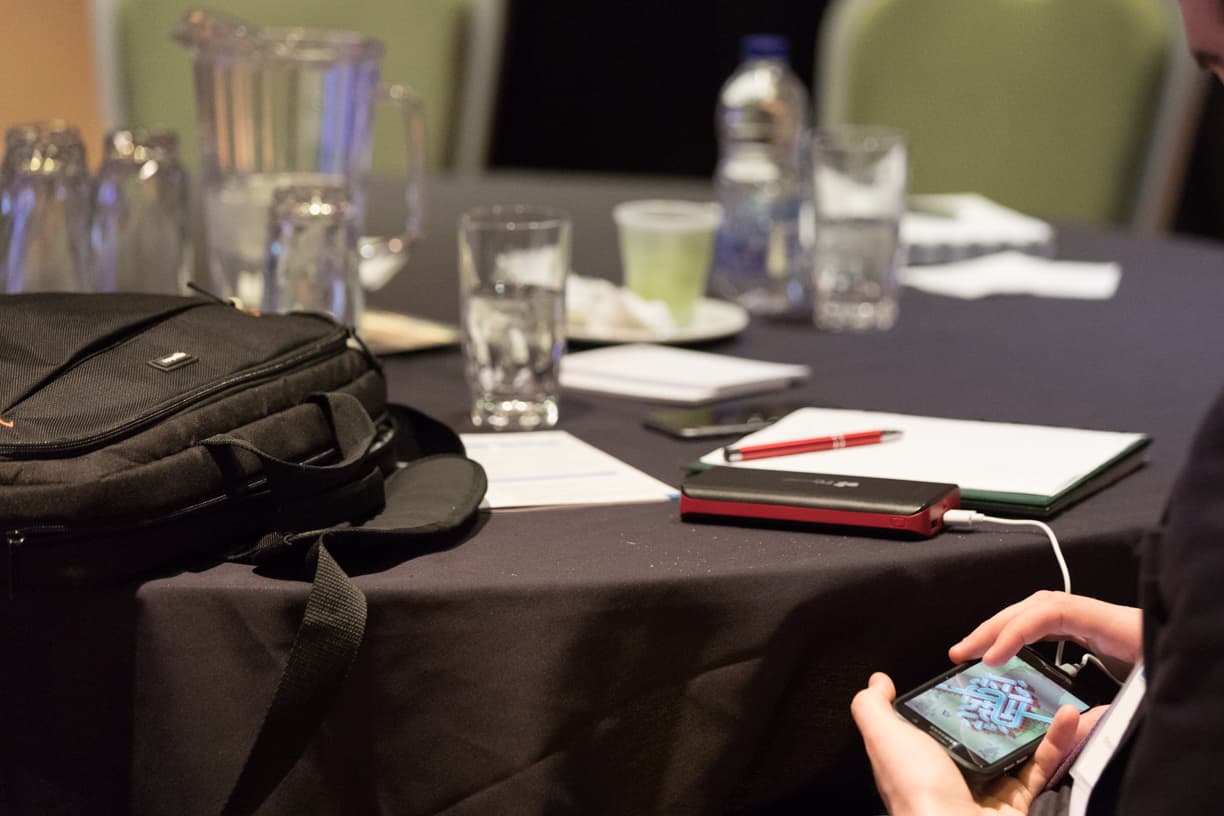 Just one more game and then I’ll start paying attention…

In the worst case scenario, the room has marginally more seated attendees than there are panellists, and the conference organizer is sweating trying to draw in more bodies to fulfill their promise to the speakers to provide an audience.

Then there is the room itself. Small, windowless, either too hot or too cold, and usually poorly lit so the speakers are sitting up front under burning pot lights or slightly in shadow. It can be actually visually painful to watch and I can’t tell you how many times I’ve scrutinized the faces of zoned out looking panellists not currently speaking who seem to have completely forgotten that they are sitting in front of a roomful of people who’ve come to watch them and listen to what they have to say.

Ultimately, it just seems like most people are bored. Not because they all aren’t smart and dynamic individuals, with curiosity and interest and the energy and drive to go to and participate in conferences – but because the format of the panel discussion seems to preclude their involvement entirely. Instead of feeling like a conversation you’re a part of, it feels like you’re watching a tv show you can’t change the channel on.

Of course there are exceptions. I’ve seen great panel discussions and heard brilliant people speaking from their big white armchairs on stages around the world. But the vast majority of panel discussions I’ve witnessed, and been hired to photograph and make look highly engaging, just don’t seem to ever get much lift off.

I think it’s time for conference organizers to re-think the panel discussion parts of their agendas. There must be other ways to achieve the desired result of delivering a lot of high value content to a wide mix of professionals without boring them to death in dimly lit rooms.

Why not try a walking tour of the area, or pull everyone around in a circle or a few circles providing content moderators leading conversations on specific topics? Or give attendees some tools and toys to play with and get them doing something physical related to the topics, led by some energetic professional meeting moderators. Maybe the answer is simply to not try to cram so much into the time, but leave a bit more open, loose space with some inspired, thought leaders capable of leading people through some potent ideas related to the conference theme that can be developed over the two or three days the conference group is together.

Or put up a series of thought provoking posters, images, videos or virtual reality stories at stations and make the break out session like a visit to a room in an art gallery with each station providing some insight into the relevant theme of the conference. It would be a little more work to organize, of course, but if even one series of panel discussions could be replaced by a more active, more engaging, more dynamic activity that attendees really could participate in, I think the overall experience would be improved for everyone involved.

At the very least, the photos would be more fun to look at afterwards.