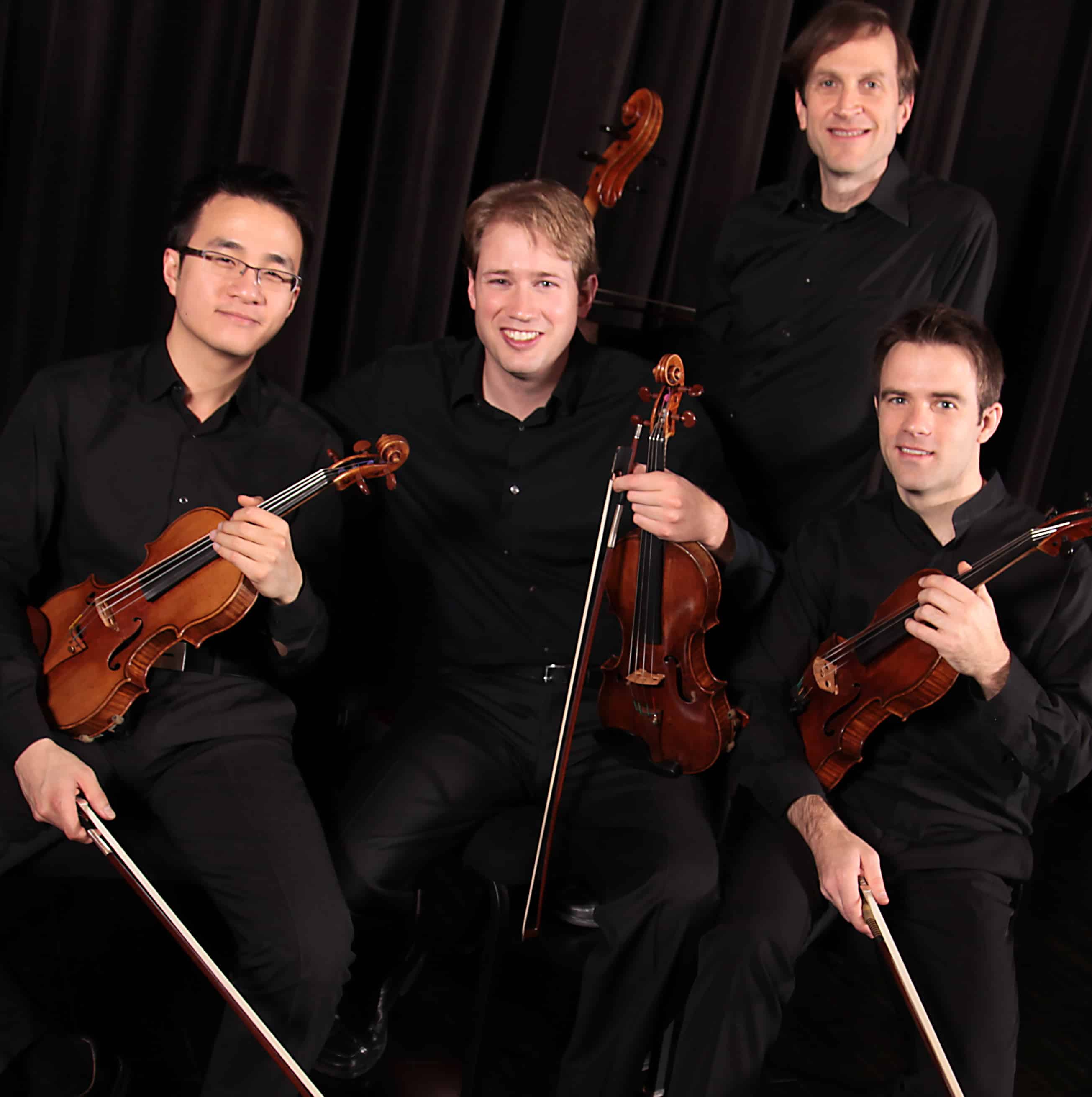 Sometimes it takes a few tries to get the winning shot. When I was invited to photograph Jonathan Crow and fellow musicians, the New Orford String Quartet, as they rehearsed at the Chapelle du Bon-Pasteur for an upcoming performance in Montreal, I was thrilled. I’d photographed Jonathan a few years ago (the images from that shoot had been published) and I was confident I would be able to produce something even better this time around. Maybe it was just an off day, but it took a lot of maneuvering and repositioning both of myself, the lights and the quartet until I found a few shots I was happy with. 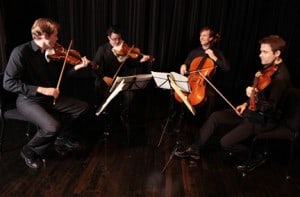 Jonathan Crow, a world renowned violinist, is currently Assistant Professor of Violin at the Schulich School of Music of McGill University where he has been teaching since 2005 and past Concertmaster of the Montreal Symphony Orchestra (MSO) (the youngest Concertmaster to lead a major North American orchestra) a position he held from 2002 until 2006. 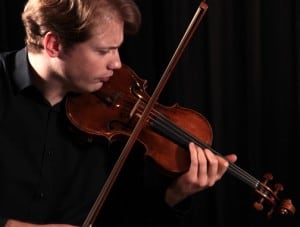 It was a rare pleasure to do what I love (photographing people in action) while my subjects were doing what they love (making gorgeous music) in an historic and beautiful theatre with great acoustics. This shoot, however, was not without its challenges as the goal was to produce photos that looked spontaneous but were also usable, promotional images. Trying for spontaneity, I took a ream of shots of the musicians playing.  I captured great action and their passion as players, but there was often one of the four players who moved out of focus as the shutter snapped shot, or whose facial expression morphed into something unpredictable in response to the emotions triggered by the music they were creating.  I had to ask them to take up different positions and I fiddled (no pun intended) with my lighting, camera settings and my own position (on a chair, off the chair, on one side of the room, then the other – even lying flat on the ground at one point) until finally I had everyone set up in front of the velvet black curtain at the back of the stage for some unplanned posed photos. While this was something none of them really wanted to do, ultimately, the single shot everyone agreed on came from the posed series.

The lesson for me on this shoot was that even if your subjects think they know what they want, it is up to you as the professional photographer, to provide guidance on posing and positioning, and if one type of shot isn’t working, keep trying until you find one that is.