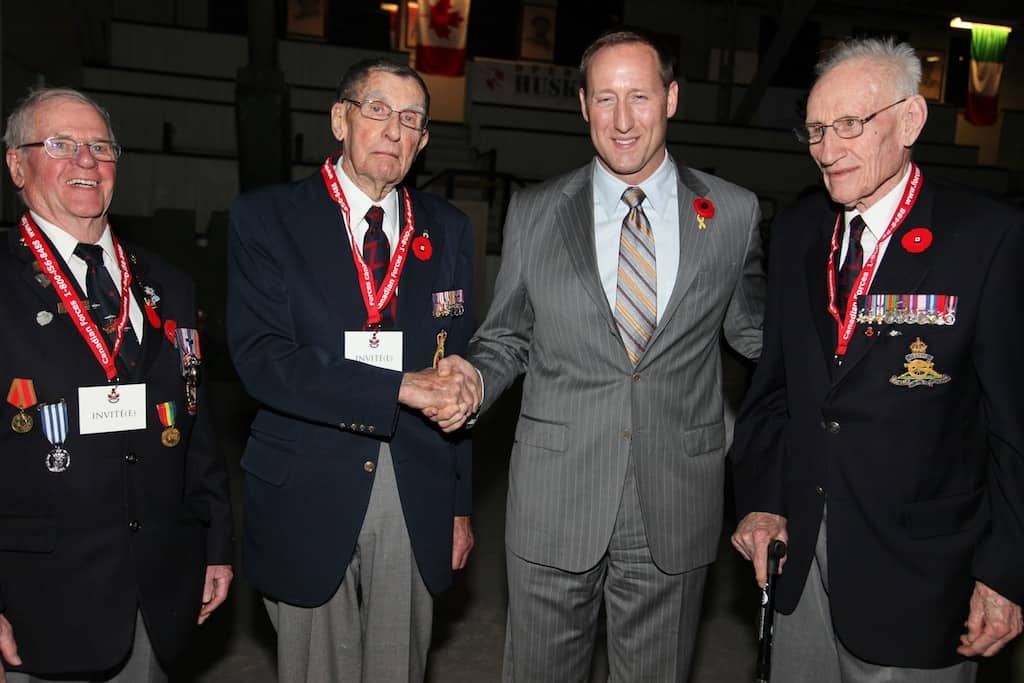 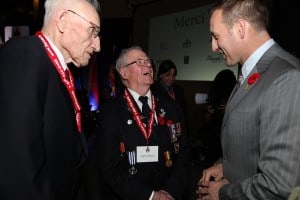 November is a time for wearing bright red poppies in our lapels and remembering Canada’s fallen soldiers. In this age of information saturation and instant everything, it is often too easily forgotten that freedom comes with a price. While today’s youth may freely take to the streets to protest a tuition hike, there are young men and women today as in years past, who put their lives on the line to defend the essential freedoms that underscore, support and enable Canada’s democracy. Last night I was a proud sponsor of a fundraiser event, “Brilliant Exploits”, organized by RJV Communications on behalf of Canada Company. The event featured a speech by the Honourable Peter MacKay, Minister of Defence, a 30-piece military band, live bagpipe music, a silent auction, a beautiful rendition of the national anthem by Marianne Demers (a finalist for Canada’s Got Talent), as well as a draw for some great prizes.

Canada Company is a “charitable, non-partisan organization that serves to build the bridge between business and community leaders and the Canadian Military.” It supports programs such as scholarships for the children of fallen Canadian Forces personnel and Military Employment Transition Programs. While much of my professional life as an event photographer takes me into ballrooms and luxurious venues around Montreal, photographing smiling, well-dressed people sipping champagne and eating beautifully crafted canapés, I believe many event-goers and organizers know that this well-heeled world is part illusion. There are grim realities facing people in zones of conflict everywhere, throughout the world every day. The men and women who comprise the force in the Canadian Forces are the front line in facing, addressing and helping people in these conflicts and it is for these people, past and present, that Canada Company exists.

At the event last night was the Honourable Peter MacKay, Minister of Defence who met with and individually thanked the real guests of honour last night: the veterans of World War II, one of whom landed on the beaches of Dieppe. As the Honourable Peter MacKay pointed out in his speech, these men who have given so much for Canada, who have seen friends fall in battle, are the humblest men in the room. They were just doing their job, they are quick to point out. And while that may be true, it is certainly a job like no other and one we all have much to be thankful for. So if you haven’t got a poppy on yet, please go out and find that veteran standing there at a little table, stuff a few twoonies in the box and show your respect for the men and women whose jobs allow all of us to do ours.

To see some of the photos from last night’s event, please visit the gallery below: