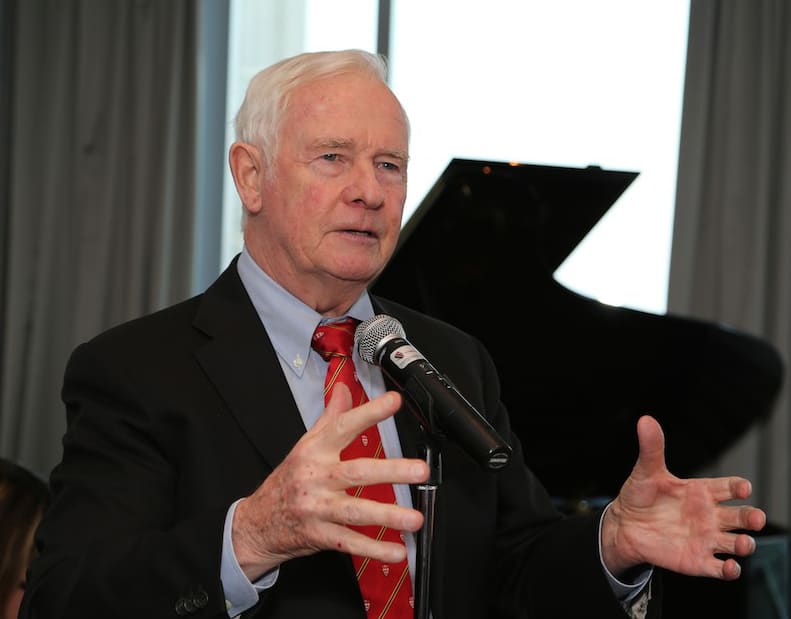 For the second year running I was lucky to be asked by the National Arts Centre to cover both the private reception and press conference the following day honouring this year’s Governor General’s Performing Arts Award recipients. One of the perks of being an event photographer in Montreal is the chance to be present at these high society affairs where Montreal’s elite gather, gnoshing top quality hors d’oeuvres and sipping champagne. While trying to remain unobtrusive, I glide through these elegant receptions, snapping shots of the who’s who in Montreal.

This year’s reception, held in a sumptuous penthouse at the Ritz Carlton residences was hosted by Alvin Segal, president and chief executive of Montreal-based Peerless Clothing Inc. and a renowned philanthropist, and his lovely wife Emmell. The party was graced by a visit from His Excellency the Right Honourable David Johnston, The Governor General of Canada (proudly displaying his McGill tie) who took the time to visit with all the guests. A highlight of the evening, aside from the sheer luxuriousness of the surroundings, were two songs performed live from the upcoming world premiere of the English adaptation of Michel Tremblay’s Belles Soeurs – The Musical, to open at the Segal Centre this coming October.