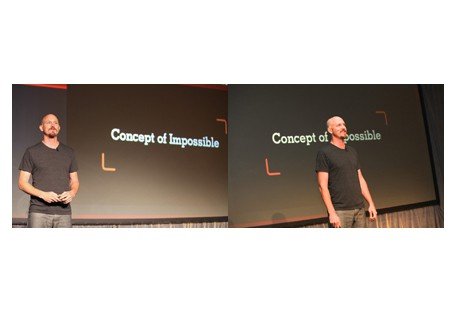 Want to make the world a better place? Read on. 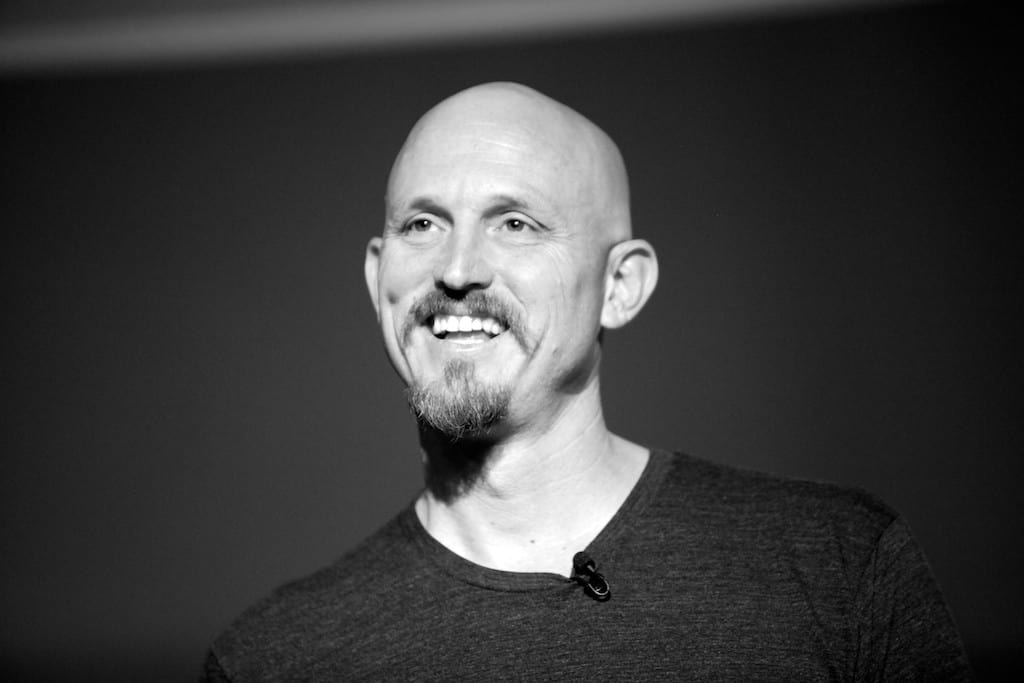 Every now and then, while covering an event I get exposed to someone who is so inspiring I am compelled to share what I’ve learned with as many people as I can. iMedia Summits are intoxicating, both literally and intellectually. As an event photographer I am a fly on the wall on all the workshops, roundtables, keynote sessions and more and I have the wonderful opportunity to listen to smart people describe what is happening on the bleeding edge of digital marketing. That said, the most moving and inspirational experience of the entire summit was witnessing the keynote address by Mick Ebeling from NotImpossibleNow.com. If you haven’t heard of Mick Ebeling and his extraordinary achievements and world changing organization (which, given his exposure across virtually every media platform in existence seems highly unlikely) then open a new tab in your browser and go check him out right now. Here’s the link again. Having just returned from the 2014 iMedia Brand Summit in Coronado (California) I can’t stop talking about Mick Ebeling’s keynote presentation because I believe what he is doing is probably the best example of making the world a better place I have heard of and I want everyone I know to be inspired by him as I was.

Mick’s story (because, as we learned at this event, it is all and always about STORY – without a narrative people just won’t care) was riveting right off the bat. He steps onto stage, tall, a bit lanky, bald and looking like he may well have just climbed out from under your car, or stepped off a longboard covered in stickers and graffiti. This is not just business casual – this is casual casual. But as soon as his story begins you stop seeing Mick and you start hearing such a powerful message you may not even remember what he looks like anymore. 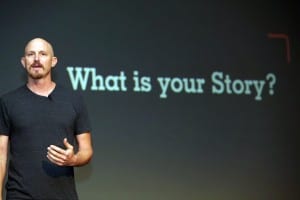 He begins with an account of how he and a motley gathering of hackers, makers, coders, artists and more than a few geniuses, cobble together an inexpensive solution to the mind numbing torture of an artist trapped in a shut-down body, ravaged by ALS. With all the ice bucket challenges going around ALS is high on people’s awareness radars but it is hard to convey in words just what a devastating and cruel disease it really is. Mick’s story personalized it for us all and made it real in a way no bucket of ice water has done for me at least.

Mick took us on a journey through LA to meet his friend, Tempt, a well known local graffiti artist. About 7 years ago, Tempt was diagnosed with ALS. Flash forward to the recent past and Tempt is trapped in a body that can do little independently but blink. He and his brother communicate using a printed sheet of letters, spelling out each word in order to talk to each other. It is painstaking, slow and so sad to watch. Enter Mick with his mantra – a phrase that should be emblazoned on the porticos of every educational facility in the world: “Commit, then figure it out.” He decides he is going to do something about helping Tempt communicate. And after pulling together his team of like-minded builders, the solution emerges as a cheap pair of glasses with some nifty software and visual recognition systems baked in that allow Tempt to “speak” and draw again freely by blinking. (Check it out here – really, go check it out). 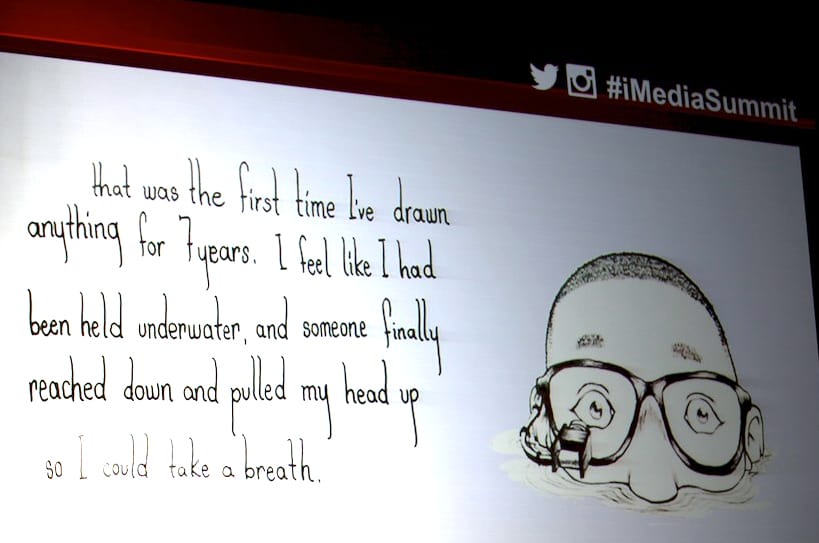 After 7 years, I took a breath

Not a dry eye in the house, and Mick is only halfway through his presentation. I’m bobbing up and down taking so many pictures my camera can’t keep up, I’m so supercharged by him. I’m wondering where does he go from here? How can he possibly top giving back the gift of self-expression to an artist that’s spent the past seven years of his life locked into a body that can’t move? Oh, how about printing prosthetic arms for a 14 year old war victim in Sudan who had his arms blown up? That’s not a typo. Printed. Arms. 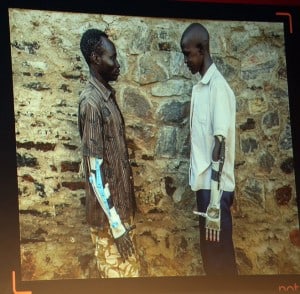 Project Daniel, as it’s called in honour of the boy whose life Mick forever transformed, is another example of Mick’s commit-and-figure-it-out solutions. Using a 3D printer, an intense humanitarian passion and love for others and I can only think, a true visionary’s ability to see a simple solution to the kind of intractable problem most of us in the world just ignore because we think (convince ourselves) we can’t do anything about it, he restores a boy’s sense of self and actually gives him arms. And then, as if that single act of human goodness were not sufficient unto itself for Mick to be considered a living Buddha, he and his team teach the boy how to teach others to do the same thing. The image he shows at the end of his presentation of Daniel with his friend, each with a new set of arms is enough to stop your heart, make you hold your breath and realize that everything you’ve ever done in your life up until this moment has not been worth a damn.

I could go on and on but I think it’s best you visit NotImpossibleNow.com and discover for yourself what true commitment can achieve and how much better we can make this whole broken world if we refuse to let ourselves off the hook and commit, then figure it out. And none of this would have ever come to my attention were it not for the really great people at iMedia Communications who put Mick out there in front of some of the world’s most forward thinking brands and digital marketers and strategists who gave Mick the standing ovation he deserved. I can hardly imagine how much influence and how much can get done tackling any one of the world’s most serious problems – climate change, war in the Middle East, Ebola, pick your poison – now that the people in that room representing billions of dollars of market cap turn their minds towards taking action, making a commitment and getting it done.

So if you are in the midst of reflecting on your career path, maybe looking for a new job or thinking about what to do with your life, think about what Mick Ebeling is doing and has done and go find your cause that you will commit to. Then go figure out how to do it. (And if you want a chance to see Mick give this powerful presentation check out the upcoming iMedia Breakthrough Summit and get on board)