Why do videographers charge more than photographers? 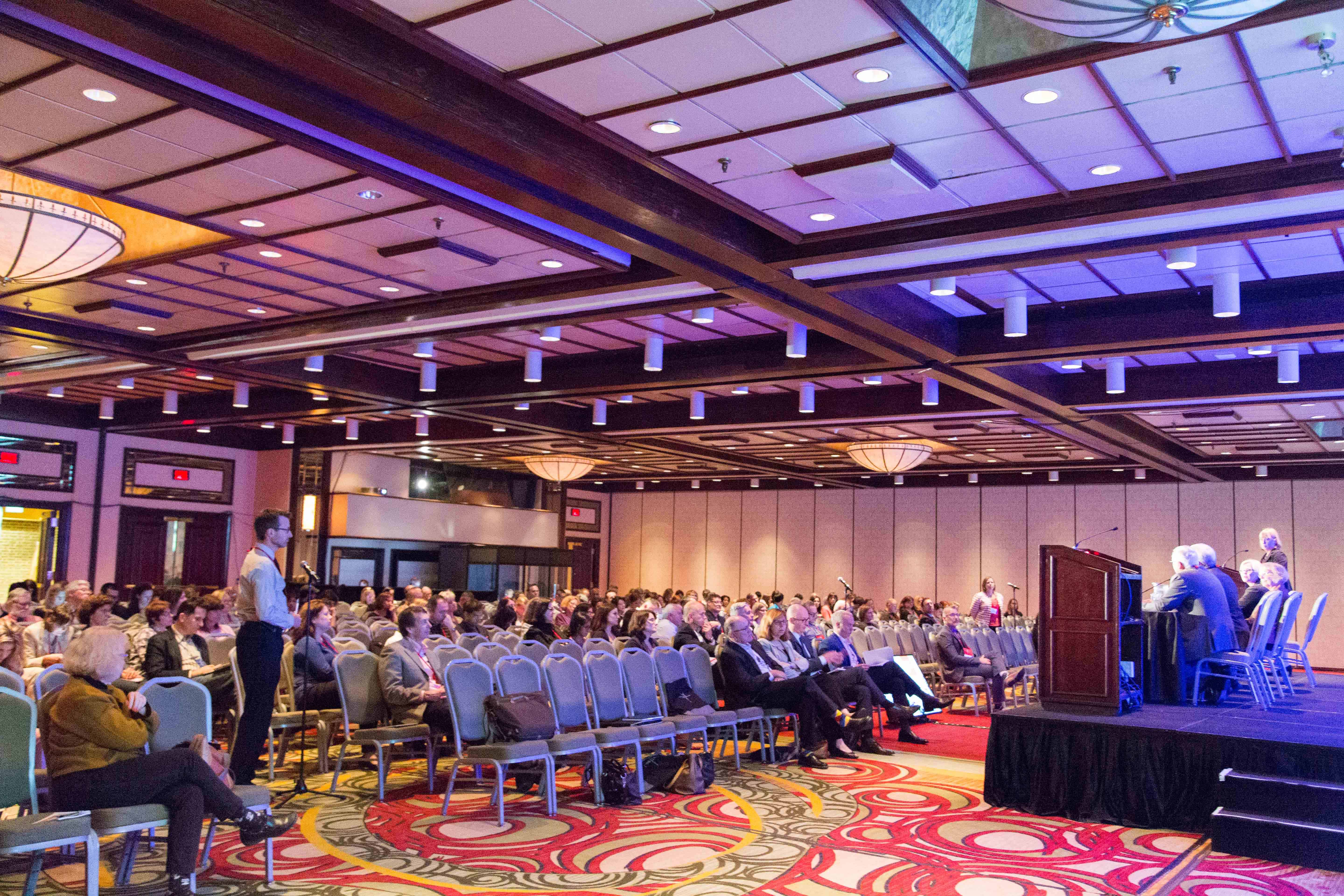 In the events and conference business, organizers are often looking for both photographic and video coverage. Both are best provided by a professional, despite the ubiquity of a device in everyone’s pockets capable of shooting stills and capturing video. However, pricing for professional event photography and video coverage can sometimes result in sticker-shock, particularly for new event and conference managers or coordinators who’ve never hired a pro before. As these roles are often staffed by younger,  newer entrants to the workforce who’ve grown up with Instagram, and now Snapchat, they may wonder what goes into the price of photography and videography (and why does it cost so much???) As a long-time professional photographer and someone often subcontracting professional videographers, I’d like to offer some insights into what goes into the pricing of each and what makes video more expensive to produce than photography.

First of all, why hire professionals at all when everyone on staff has a phone that can shoot fantastic photos in varying light conditions and capture great video clips? The main reason is simply that only someone hired specifically to capture images and moments at an event will have the focus and stamina needed to ensure complete coverage.  Any event or conference organizer putting on a big successful event has more than enough to do during the event to keep them busy without adding the extra task of “getting a few snaps from the sessions”. While there is a demand for immediate image delivery in many scenarios to feed Twitter, Facebook and Instagram feeds, these can be furnished on the fly by the pros working for you at higher quality than what can be captured with a phone by a distracted junior staffer who also has seven other jobs to do at the same time.

Why not get one person to shoot both? 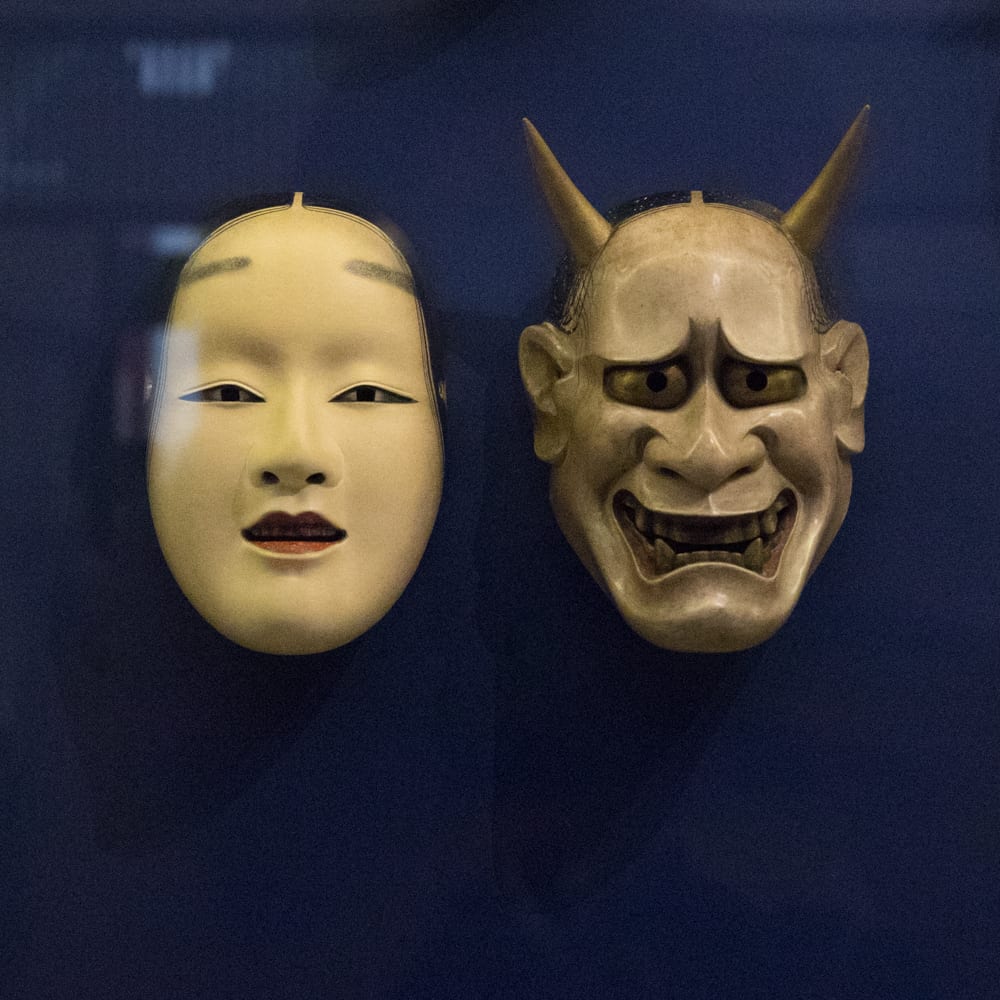 Another question that sometimes pops up is why a photographer can’t also capture “a few video clips” along the way. It is a fair question as the pro-grade camera equipment professional photographers use are capable of shooting 4k video and are often the same base models used by videographers. But the tasks are ultimately very different and while it’s possible to squeeze a two-for-one deal out of some photographers, the end results are generally of lower quality and usually will still require the hiring or fees related to video editing in order to have a usable video.  This kind of contract would work best if the purpose of the video is simply to showcase some highlights of the event and the sound track will be added later in the form of some kind of sourced audio file or narrative overall, as the sound capture is rarely clean enough for video without an external microphone (which a photographer is not going to have mounted on his or her rig).

Breaking down the price differential between a photographer and videographer

Both types of professionals have a few things in common: expensive equipment and image processing software, and a significant investment in time and passion for their craft to gain enough experience to know how to use it all for producing marketable images and video that clients need for their marketing and sponsorship programs.

Obviously, a photographer has just one dimension – the image – that requires attention. While this can entail using a variety of different lenses and devices (ranging from the Ricoh Theta S for shooting 360 virtual reality images, to drones or time lapses), in the end, a professional event photographer is focussed on finding and creating images that tell the story of an event or part of an event, through effective use of composition, lighting, and skillful post-production work on images.

A videographer, by contrast, has the same task but has also to pay attention to sound capture, which comes both from their own work as well as integrating feeds captured by AV teams who are shooting all sessions and main stage events.

Furthermore, while both photographers and videographers will spend similar amounts of time at the event providing coverage, the post-production requirements of video is far greater than what is needed to produce quality photos.

It’s all about editing

As a photographer, I’ll typically shoot about 100 images per hour, and spend roughly one hour on editing and post-production for every three to four hours spent shooting.  A videographer may spend an equal, if not greater amount of time on editing and producing a video as he or she spends shooting because their task includes not just processing their own work, but slicing and dicing up individual clips into a coherent narrative, titling, often incorporating work from other videographers, logos and special effects, as well as ensuring a consistent audio quality, sourcing appropriate music tracks and dealing with many more client comments and change requests than a photographer ever has to address.

Photographers and videographers are also often quite different in personality and style. While a good event photographer will be able to mingle fluidly with guests, interacting often and engaging people in ways that elicit happy, natural expressions, a videographer is more likely to stay a little further back, capturing events without him or herself being a part of them. Of course on screen interviews require an engagement with subjects that is often handled by the videographer, but generally, a good photographer is more extroverted than his or her equally talented videographer whose job also includes long hours staring at footage on screen weaving moments together into a compelling narrative structure. 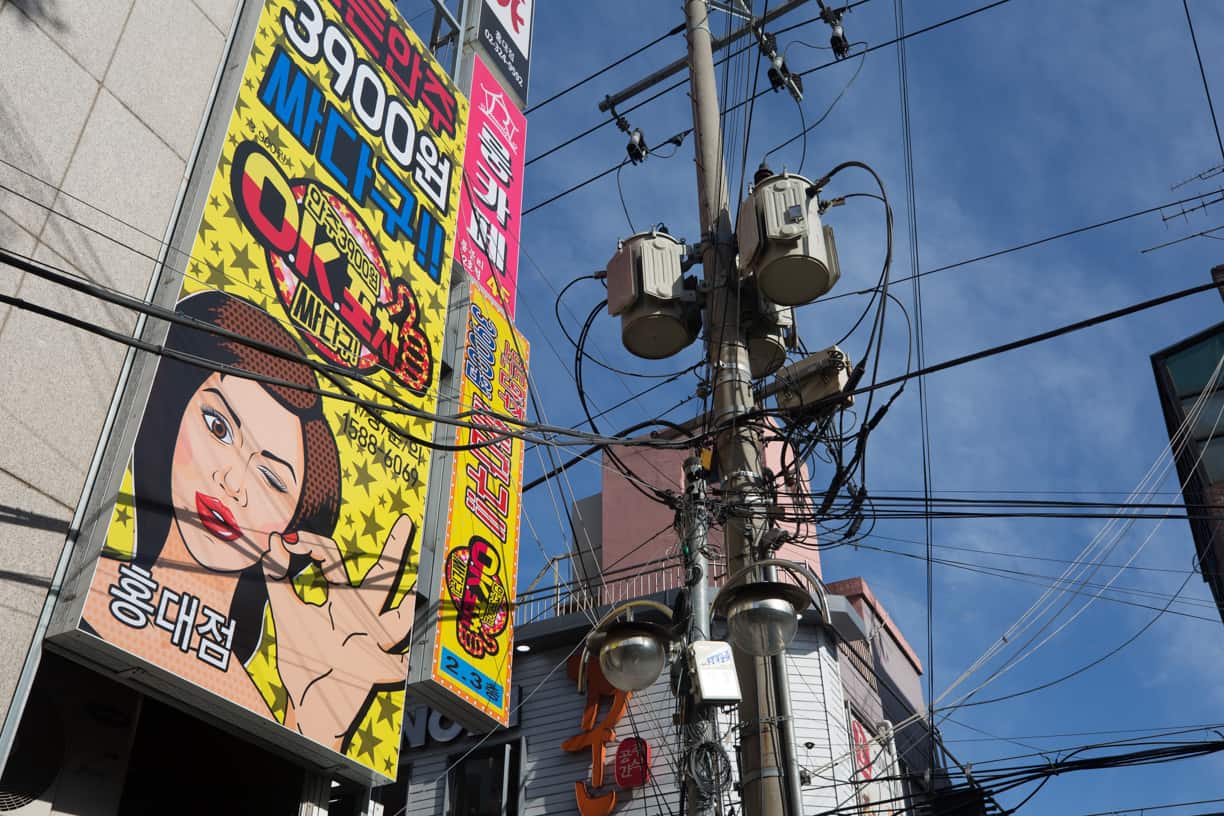 Both types of professionals are storytellers and should have a demonstrable ability to see and capture key elements of any event, but videographers will also have to deal with more technical details than photographers usually have to contend with. A videographer will generate much larger files (which requires longer machine processing time, storage and delivery capabilities), have to produce and organized different media sourced from multiple cameras and audio feeds, and source and integrate additional materials like stock footage, clips, audio files and special effects.

Is it worth it? 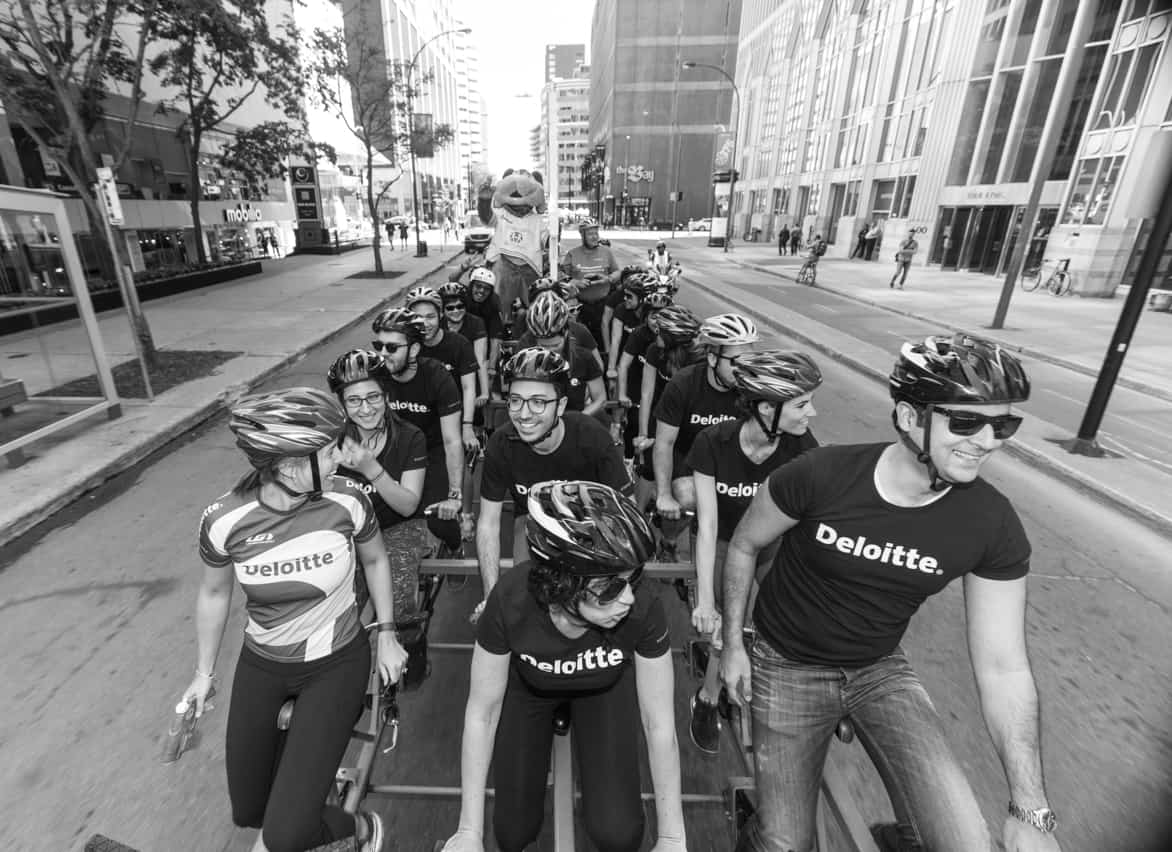 A final question to consider is whether the investment in photographic coverage and videography is worth the not insignificant expense.  There is no one answer to this question as it depends on the marketing aims on ongoing publications needs of the organizer, but here are just a few uses of event photos and videos that clients typically have need for:

So if you’re next job is to “find me someone to cover our event” or you’ve just realized that “Holy s*&! we still need a photographer and videographer for our event next week!” keep these points in mind: 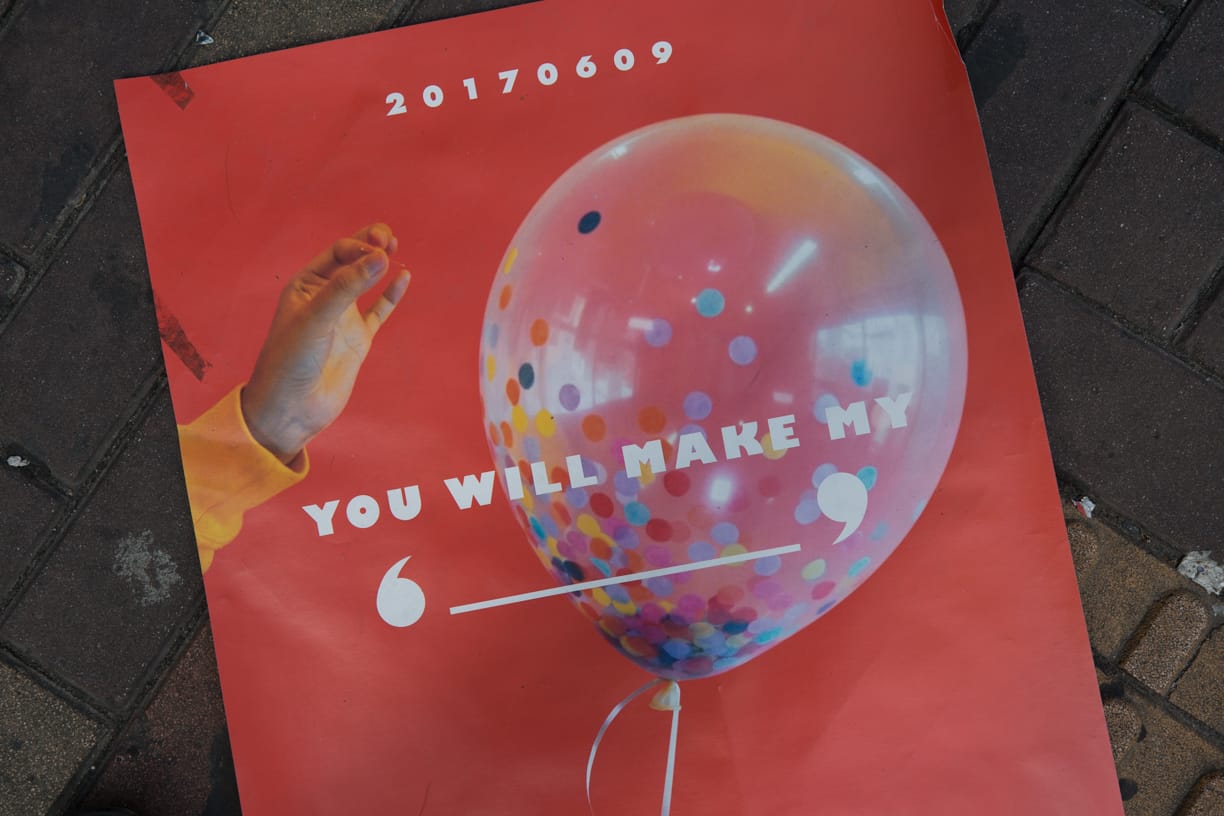 Hiring freelanced outsourced labour is increasingly how businesses work in the gig economy. Photography and videography are almost exclusively provided for by independent freelance professionals, working alone or in teams, and their services are usually contracted through a direct interaction between themselves and the client. While platforms exist for sourcing photographers and videographers, you are always better off just Googling “event or conference photographer/videographer ______CITY WHERE YOUR EVENT IS BEING HELD_____” and dealing with them directly. You’ll get better service, and usually better pricing.  The best approach that yields not just a positive result for the first contract but often leads to developing a lasting business relationship is to be informed about what you need, be honest about how much budget you have and be clear about what you expect to get out of the arrangement.