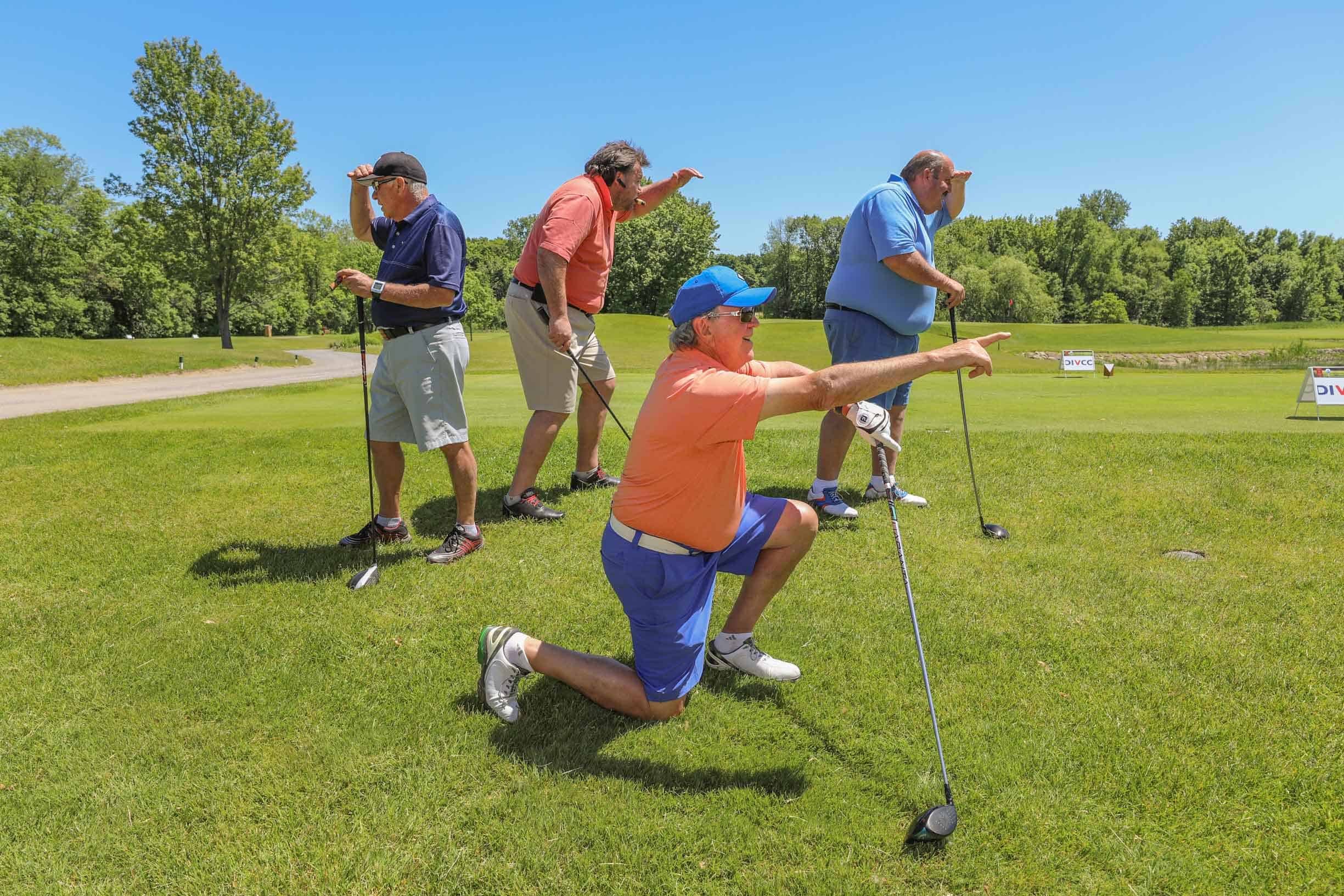 Fundraising teams face a continuous battle against apathy. Each year they are faced with the challenge of raising millions of dollars using the same tried and true methods, often from the same individuals and organizations. Fashion shows, art auctions, casino nights, gala soirées, silent auctions and the perennial golf tournament are the mainstay of fundraising organizations everywhere.  They are in competition with one another from other teams using the same tactics, and playing from the same playbook (sometimes even the same person who’s moved from one team to another), and having photographed all of these kinds of events, I can see how much of a challenge it is to keep it fun and to differentiate yourself from the others.

I was recently covering a hospital foundation golf tournament fundraiser and tasked with, amongst other things, capturing the fearsome foursome shots.  Foursome shots are to golf tournaments what table shots are to big gala evenings. A necessary, but rather dull, posed photograph documenting attendance. They are often top of a client’s shot list, as they serve the useful function of identifying who actually showed up for the event and they can be given as gifts to attendees by way of onsite prints, or post-event photo with a thank you note from the organizers.

However, like their table shot cousins, having a group of four stand, clubs crossed, facing the camera for a standard shot gets a little boring for both guests (and photographers!). As most of the attendees are on every fundraiser’s list, they may attend two or three of these tournaments a year and I suspect they have a collection of these nearly identical shots.  From a branding point of view, it doesn’t strike me as a good way to differentiate yourself from the competition.

This year, in collaboration with my client, we decided to shake things up a little and play around with the idea of the foursome shot. Instead of just posing each one in the same way, we asked them to do something creative (and offered a prize for the formation judged the most creative). Not only did the teams embrace the idea, we ended up with some fun photos that are unlike any other from any other golf tournament they’ve ever attended.

Why not try out some of these poses (or better yet, come up with new ones) at your next golf tournament?