How photographers benefit from the gig economy 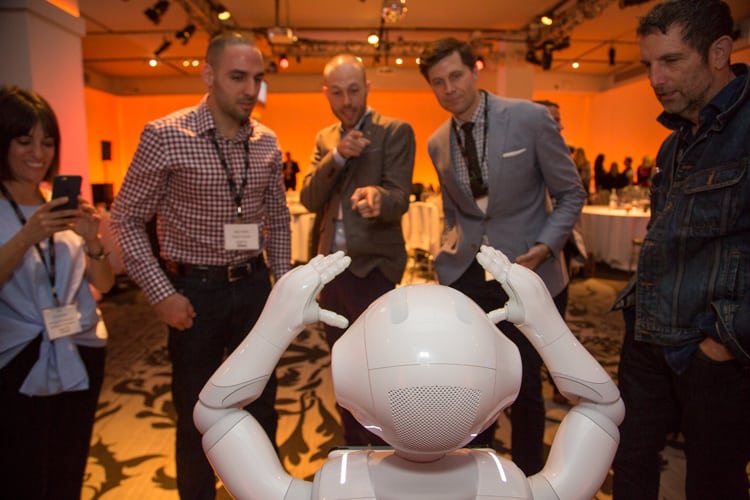 The gig economy, alternatively known as the connected economy, the sharing economy, or the on-demand economy, is a growing and still not very well documented trend that is changing the way many different kinds of people work.  Characterized by short-term contracts, a high degree of autonomy and payment by task or assignment, working a gig is how many people today earn part or all of their income.

A recent report by the McKinsey & Company estimates up to 162 million working-age people in the EU and the USA are working in the gig economy, with as many as 33% (or 54 million) Americans working as a freelancer. In Canada, 2.7 million working age people are either self-employed, or running micro-enterprises (fewer than four employees).

For professional photographers, who have been in the gig economy long before it ever had a name, this trend is hugely beneficial and they are poised to be big winners in a future where there will still be a lot of work, but a lot fewer permanent jobs.

In the gig economy there are three main categories of work, all of which benefit professional photographers (and videographers too).

For all three main groups photographers are either major players (freelance photographers) or creating the gorgeous images necessary to enable people to sell their goods and services or lease out their condos to travellers.

Photography, as a craft, is also open to anyone with enough drive and passion to develop their talent and build up a portfolio of good work. It is a perfect second career for a retiree (people age 55-64) who doesn’t necessarily need to earn his or her primary income from the trade (which actually represents one of the largest slices of the gig economy workforce), and it is often a profitable sideline for people working other main jobs, or, in true gig economy fashion, living a portfolio lifestyle. (Also known as “slashers” as in, I am a photographer/writer/podcaster).

As with the rise of any hobbyist-turned-worker trade, their can be a negative knock off effect on professionals whose work is undercut by others willing to do the same work for less pay (think Uber drivers vs professional taxi drivers) but this kind of change is unavoidable and must be faced head on by the working professional.

While anyone in theory can take a photograph and call themselves a photographer – only the truly committed will invest the time – and money – needed to learned the craft inside and out, stay up to date with the latest software, equipment, trends and techniques all while doing the hard work of building up a client list and keeping them all happy.

PS. If you’d like to hear more, I’ve co-founded a podcast, Slashpodcast, with my co-host Nanci Murdock, in which we publish a weekly podcast available through iTunes (every Wednesday morning) on themes that explore the future of work from the point of view of freelancers and workers in the gig economy. I’ve also written a book, Gigonomics: How to Thrive as a Freelancer in the Gig Economy which will be available soon on Amazon.